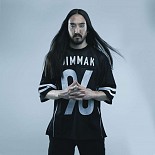 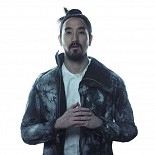 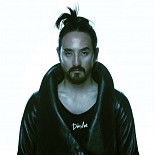 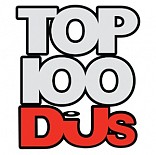 Meet Steve Aoki. In the documentary I’ll Sleep When I’m Dead, which premiered at the 2016 Tribeca Film Festival, viewers are thrust into the whirlwind lifestyle of a Grammy-nominated electronic dance music superstar who stands as one of pop music’s most tireless multi-hyphenates: founder of the taste-making record label Dim Mak and a chart-topping producer-remixer-DJ with his finger pressed firmly to the pulse of cutting-edge youth culture.

Ranked Best DJ in America by DJ Times in 2015, Aoki is renowned for his pandemonium-inducing sets and whiplash-inspiring travel schedule, averaging more than 250 tour dates per year including headliner slots at summer music festivals throughout the world as well as prestigious residencies at mega-clubs in Las Vegas and Ibiza. As a recording artist, Aoki’s 2014 studio album Neon Future I—which soared to No. 1 on the Dance/Electronic Album chart—features the Gold-certified single “Delirious (Boneless)” with Chris Lake and Tujamo featuring Kid Ink.

But I’ll Sleep When I’m Dead reveals a lesser known dimension of the entertainer: Aoki’s self-made success. His father Rocky Aoki—the flamboyant founder of the dining-as-entertainment Benihana restaurant chain—remained a remote presence in his family’s life until his dying day and refused to support Steve financially save for paying half his college tuition. “My dad worked his way up from nothing and wanted to teach his kids the value of money,” he explains. Forced to fend for himself, the younger Aoki launched Dim Mak Records out of his college dorm room in 1996, eventually breaking bands such bands as Bloc Party, The Gossip, The Kills and Klaxons through street-smart underground marketing (the label boasts more than 500 releases to date). “Growing up, it was always, ‘How do I impress my father?’” Aoki says in the film. “‘How can I show him I’m going to be successful?’”

The answer: a nose-to-the-grindstone DIY work ethic that has propelled Aoki as an entrepreneur and performer, ultimately placing him in the top five on Forbes’ Top DJ Money Earner list for three years running, and winning the respect of his superstar DJ peers who favor terms such as “force of nature” and “machine” to describe Aoki’s relentless drive.