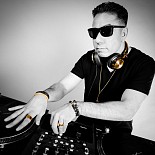 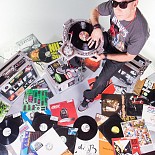 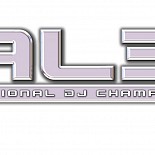 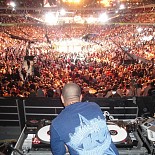 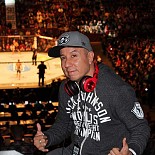 Whether he's rocking a SOLD-OUT arena of 55,000 people in Toronto, Canada, for the record breaking UFC 129, or the history making UFC 193 crowd of 56,000 people in Melbourne, Australia, AL3 works his turntablist party rockin’ skills to get the arena on their feet & their hands in the air!!!

AL3 is a 3X national DJ champion that has rocked well over a million people worldwide!!! From the top spots in Vegas to the biggest arenas & nightclubs around the world AL3 continues to propel crowds to lose their minds from his onslaught of block rocking beats while witnessing the exciting turntable master in action behind the decks!

It was this mastery of his chosen art form that caught the attention of UFC President Dana White in 2009. AL3’s skills & unique sound moved the UFC President to appoint AL3 as the first, & only "Official DJ of the UFC!". The following year the hype continued when The NBA’s Sacramento Kings owner Gavin Maloof heard AL3's unique style of mixing & personally asked AL3 to become the DJ for the Kings!